The end of this school year found our high school principal having to teach a full load of classes because one of our staff members took a job closer to his home in February. Though we posted for a replacement upon notification of the resignation, we did not have any suitable applicants apply. We had some good fortune in that our principal had taught in part of the content area where we now had a vacancy, but we had to emergency certify him in other content areas. Still, I know we are luckier than some other districts. Over the past several years we have experienced challenges with any vacancy we had. This stands in stark contrast to hiring conditions earlier in my career.

In 2011, when I first became superintendent, I had a chance to meet with our state representative. He was new in his role as well, and he asked me what sort of concerns I had as a district leader. I shared with him that I was concerned that we were on the cusp of a teacher shortage. I specifically noted that I feared that I would be unable to find math, science, and special education teachers. He asked me why I thought that way and I conveyed that it was always a challenge to find

good special education teachers. Regarding math and science, I shared that the salaries and benefits public schools are able to offer pale in comparison to what folks who have a skill in math and science can earn in private industry. I was correct in this regard, but I was also very wrong!

I did not anticipate that the day would come when I would have a difficult time finding applicants for every teaching position! Back in the day, when I started my career as an English teacher, I had to substitute teach for a year and a half before I could find a full-time position. My experience was pretty common. Fast forward to 2022, and I do not have any confidence that I’ll be able to fill any position when anyone moves on or retires…and my district has been lucky! We have ultimately been able to fill the openings we have, though very often our luck meant we had exactly one applicant. Of late, we have had to hire whoever applied rather than have the opportunity to select from a group of applicants. From time to time we have also had to emergency certify staff in areas, but at least we had the staff to certify. I know other districts have not always been so lucky. 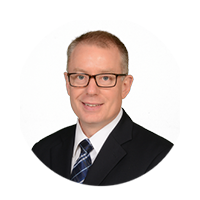 Even in filling these positions, there have been several hires where we hired staff away from other districts. Thus in meeting our needs, a vacancy was created elsewhere. There is an absolute dearth of newly graduating students in the field of education. This has created a great market for job-seekers, but it has had the additional effect of our having to hire staff above a beginning teacher’s salary. Therefore we do not get the positive impact to our budget of having a balance of beginning teachers on our payroll.

Despite a great deal of talk about the near-empty teacher pipeline, I don’t see an ending to this situation anytime soon. At a recent job fair for teachers at our nearest four-year university, there were far more folks looking for teachers than there were graduating students. Even then, many of the students who participated had already had offers elsewhere.

To end this crisis schools must be better able to compete in the job market. It would also help a great deal if our society would stop blaming schools for societal challenges. After all, who wants to go to college, take out tens of thousands of dollars in student loans, have a starting wage that requires too many young people to work additional jobs to make ends meet, and have to hear what a lousy job schools are doing?  Don’t even get me started on the “school to prison pipeline!”

Schools and teachers are absolutely vital to a competitive, modern society. America must do a better job of providing for public education if it wants to remain competitive in the global marketplace. Michigan’s teacher shortage is merely emblematic of similar challenges from around the nation.